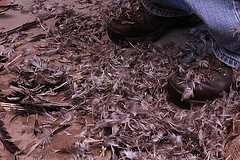 Rooster sausage bento from A to Z

Today’s lunch uses sausages with a back story. A couple of weeks ago I had the rare opportunity to learn how to butcher roosters from an expert: Hank Shaw of Hunter Angler Gardener Cook. 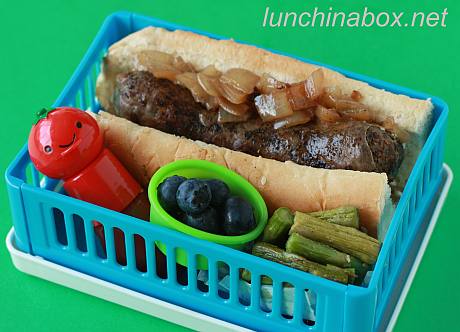 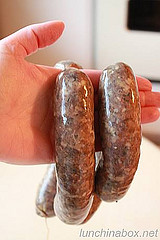 Contents of preschooler bento lunch: Rooster sausage (see Hank’s sausage recipe) and sauteed onions with balsamic vinegar, ketchup (Bug’s request), broiled asparagus, blueberries, and a wrapped cheese under the asparagus. We were struck by how dark the rooster meat and sausages were (“running-around meat” is I think how Hank described it).

Morning prep time: 6 minutes, using leftover sausage and sauteed onions from dinner the night before, and leftover asparagus. In the morning I assembled the sandwich, and cut the asparagus into bite-size pieces. Actually, I packed this lunch for my four-year-old a day earlier and dutifully brought it along to preschool, only to be reminded that that was the day of their monthly school lunch where parent volunteers cook a hot lunch for all of the children. D’oh! Many other parents had forgotten as well, and the kids were having a great time telling everyone carrying a bento that they should have their parents take it home and bring it the next day. So that’s just what I did. (Read on for full lunch details.) 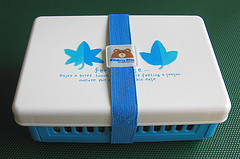 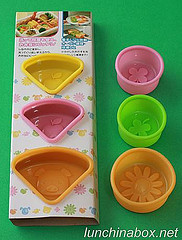 Verdict: Too big, which I kind of figured judging from the bento box size guidelines and Bug’s usual appetite. Four-year-old Bug ate all but an inch of the sausage sandwich, leaving the cheese and most of the asparagus (depending on the day, he either loves or hates asparagus). He’d devoured one and a half sausages the night before at dinner and specifically requested it for his bento the next day, though, so I’d seen what a fan he was of the rooster sausage. I considered cutting the sausage up and putting it in a smaller bento box, but the inside of the sausages was a little crumbly so better off kept whole for ease of eating. 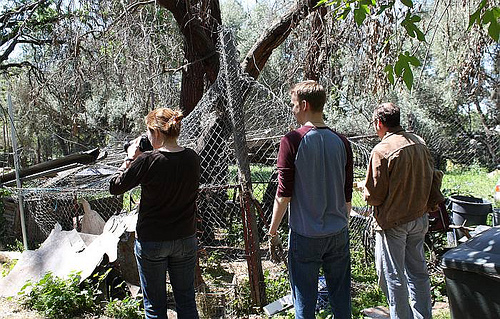 A big thanks to Hank for teaching us the nitty gritty of butchering a bird. One of my friends said that if she’s ever in a Survivor-type situation, she’d like me on her team now. (Dubious honor?)